We are entering a world where we can create any kind of content we can dream of, just by asking an AI (Artificial Intelligence) to make it for us. This isn’t some distant future either - more like within the next 12 months.

AI-generated text is basically here already, and it’s practically indistinguishable from human writing. The main limitation is it can only generate small amounts of text at a time, but that’s just a matter of scaling it up. Image generation, too, is already shockingly good. Take a look at Google’s Imagen or OpenAI’s DALL·E 2 that were both announced recently. It has a similar limitation in that the images are limited to low resolution, but again that won’t be the case for long.

Of course, such amazing technology is being driven by the usual Big Tech suspects who want to get their hands on it for obvious reasons. (“OpenAI”, despite the name, is a for-profit corporation that restricts access to its latest creations). Fortunately, there’s free open-source alternatives that are close to being just as good.

Here’s some example images an AI made for me: 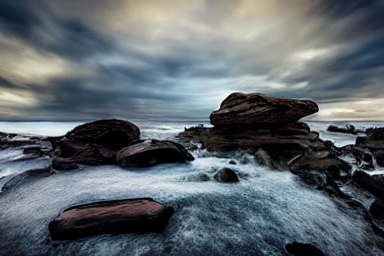 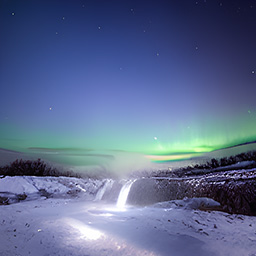 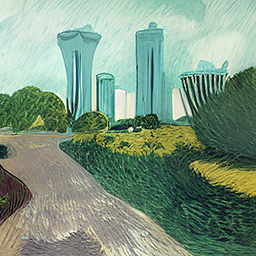 It works based on a prompt you give it, so the “better” the prompt is, the more accurate results you get. The best results I’ve found are when you ask it to imitate the style of a real artist (or combine several artists). That’s not really surprising - the AI is trained on huge amounts of existing art. But it’s not capable of generating anything truly original.

What does this all mean? Well, it’s incredibly exciting for a start. This is utopian stuff, like a “real-life Holodeck” as I’ve heard it called. Some of the images I created based on Lovecraft are to me some of the most amazing art I’ve ever seen, because it’s exactly what I going for. And those were made at home, with my own graphics card, for free. I can’t wait for this technology to get even better and more accessible.

What about replacing humans? Well, clearly anyone working in any kind of content creation has a right to be worried. And that includes programming (my job!) - yes, it can write code too. But I don’t think they will replace human jobs entirely. AI is just another tool, and it requires a human to use it properly. Sure, that might just be a case of describing what you want to an AI and letting it do the rest, but those jobs will still exist. Very little of what I do as a senior software developer is writing actual code, and if I can do that with the help of an AI, it’ll be much easier. That’s why it’s better to think of AI as a “Copilot” or “Assistant”. Great for bouncing ideas off and rapid prototyping, but not quite ready to take over the world yet.