Lately I’ve been in the mood for discovering new music. I had mostly been relying on Spotify for this, either looking for new material by bands I already know, or by using the Radio feature, or by searching public playlists. None of these were very satisfactory - I feel like Spotify tends to recommend you the same few bands, even though their library is vast.

So I thought, OK, I’ll try searching myself. The genre I’m looking for is Doom metal - a very slow, heavy subgenre of metal with clean and death metal vocals and (of course) gloomy lyrics. I got into it via the “Peaceville Three” - three UK bands who are still my favourite bands today. Anyway, there’s a legendary forum on doom-metal.com which is an excellent source of information. In this case, one forum user had posted an incredibly helpful recap of the best releases from the last decade. Perfect! But how would I know whether they’re on Spotify or not? 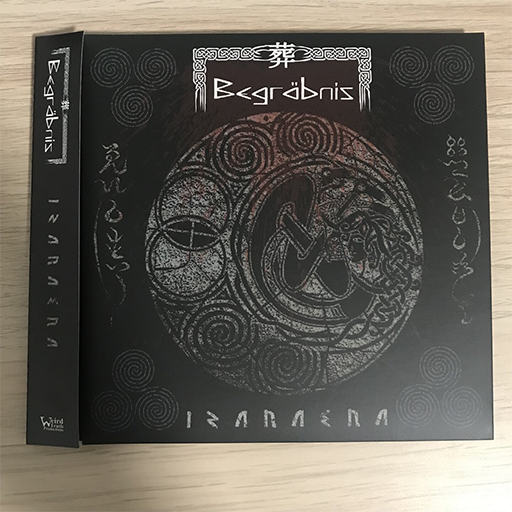 Fortunately, Spotify has a pretty nice API which features, among other things, searching for albums and adding them to playlists. Automating stuff like this always makes me thankful I know how to code (although I use Copilot for all my hobby coding these days!). I sourced a list of bands from doom-metal.com and hacked together a script to find the latest album from each of them, then add it to a Spotify playlist. Now discovering new music is much easier: I just have to maintain a list of artists and run the script whenever I want an update, then new albums will appear on the Spotify playlist I created. Excellent.

There were some obstacles though: to prevent adding duplicate tracks to the playlist, the script had to first check and remember which tracks had already been added. And since the Spotify API requires OAuth, it’s not possible to run this as a background task - you need to approve the API access through a web browser each time. Only slightly inconvenient.

Impressed with results so far (Spotify had way more music then I realised), I decided to go a step further. What if I didn’t have to rely on the doom-metal forum? I had heard of a site called discogs.com, which is a huge catalogue of music releases including different variants and formats of the same albums. And I was happy to see that they have an API too, and publish all their data under a CC0 License. Wow!

I was excited to use the monthly database dumps, but I found it a bit slow to parse through, so I integrated with their API for now. I could do a search for the ‘Doom Metal’ genre, from the year 2022, filter out certain kinds of releases like reissues and get a pretty good list of albums. Then I just had to feed that to the Spotify API, do some clever matching, and it would help to discover even more music! And an advantage of this approach is that there’s no need to worry about band name clashes coming up with albums from other genres, because discogs tags the style for each release. Of course it’s not always totally accurate, but it’s pretty good.

As for the results, I now have playlists with over 300 hours of doom metal in total, more than enough to keep me busy for some time. I’ve made them public, so you can see them here:

And the (extremely hacky) script is open-sourced at https://github.com/mcartmell/spotify-playlist-sync.

I do think though that the best band I’ve discovered so far, via the aforementioned forum, is not actually on Spotify at all - a Japanese band called Begräbnis whose CD I recently bought (see above). Absolutely crushing, and incredible female vocals - check out this video (warning: 😱).